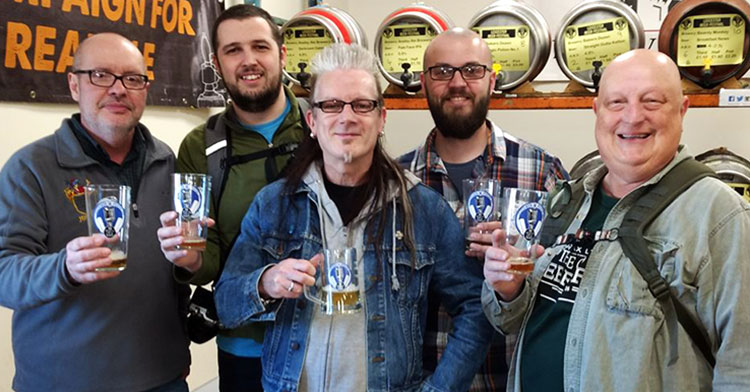 When he’s not drinking, judging or writing about beer, Owen still finds time to organise beer tours around Europe for like-minded folk, taking in some of the best beer destinations in the world. It was on his latest organised jaunt to the UK that I bumped into him again with three of his colleagues – Mark Hall, Ian Meents and Daniel Pittard. These guys are serious drinking machines! It was their second visit to the festival in as many days and they were sharing and ticking off beers from the programme at a rate of one every few minutes. They told me they had tried 72 beers between them the previous evening!

There was much beery talk and the group made great company for the hour or so I spent with them. I bumped into them all a while later in the Blue Boar, Leicester’s newest pub opening (and very good it is too), and they were still going strong!

A great day out in Leicester and a lot of good beers were sampled. Rest assured they will be appearing in a BeerHeadZ soon!