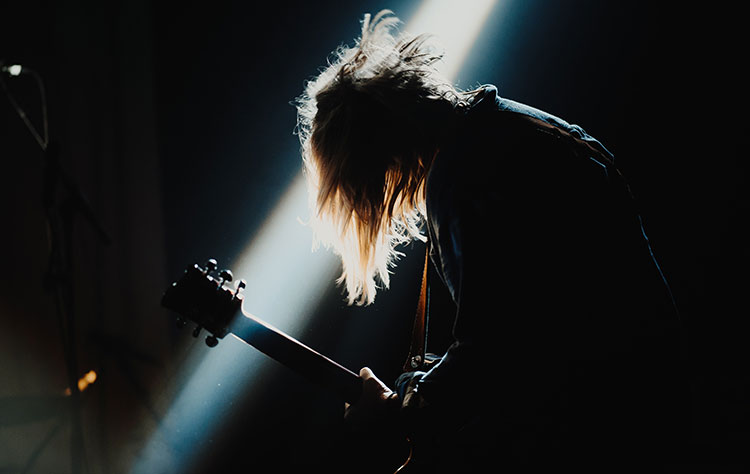 Any business premises, be it office, factory, barber shop, or in my case, bar, that plays music is required by law to pay for a music license. The current body that enforces the is PPL PRS, or ‘TheMusicLicense’, which gathers money from every business in the land and re-distributes it (after taking their running costs out) to “all those involved in making music” (from TheMusicLicense web site). But who are these people? I’ll come back to this later.

Let’s get one thing straight, the system IS a rip-off, and here’s why;

Again from TheMusicLicense website: “You can play or perform the music of specific artists only if you wish, but it will not affect the cost of your license. That’s because the cost is not calculated based on which music artists you play, but instead depends on factors such as the size of your business or organisation and the ways you use music.” How convenient for them! This means you could play a single, unsigned artist in an infinite loop, but they don’t care about that, you still must pay the license.

Taking BeerHeadZ pubs a typical example, using an online streaming service costing £15/month to play background music at five bars. That streaming service already pays the appropriate licencing fees to ‘broadcast’ the music, so the artist/industry has been paid once via your subscription and streams.

You now have to pay TheMusicLicense (dependent upon your ‘audible’ floor area) a minimum of £250-ish per year in order to play that music in the bar. The artist/industry has now been paid twice.

If, in addition to playing background music, you choose to run a music quiz, TheMusicLicense wants another £14.21 per quiz. Yes – PER QUIZ! So, for playing, say, twenty times ten-second clips (or, presumably, even one clip) TheMusicLicense wants almost as much, ON TOP of their basic license fee, as a streaming service charges to play music in five pubs for a month. Are you starting to get my drift? The industry has now been paid three times.

In addition, if you hold occasional live entertainment, TheMusicLicense wants an ANOTHER £10.03 per event. Now I love live entertainment. There is some great pub talent around, and I don’t begrudge paying them for their time, BUT… If they choose to play cover versions, rather than self-compositions, why should the venue pay this? Surely the artist should pay, or waive part of their fee to cover the cost of PPL/PRS (dives for cover). If the artist IS playing their own music, they’ve been paid anyway. Either way, the industry has now been paid FOUR times.

Before you shoot me down for the above comments, I do know what I’m talking about from experience. I’ve previously played in bands for years, had a couple of record deals and a publishing deal and have not ONCE had any payment or any kind of royalties, which leads me back to my leading paragraph, where does the money go? Great question, and one I took the opportunity of asking a PRS representative a couple of years ago.

After signing for a music licence for one BeerHeadZ bar, I said that seeing as I was a music license payer, I must be entitled to see who my money is actually going to – There must be an ‘artist list’ somewhere? I was told yes, I can request a list but I would only get the first 100 pages of A4 free. After that, I would have to pay per page, and the list was over 40,000 pages. I have no way of verifying this, so I visited TheMusicLicense website, where it says: “After our business costs, music licence fees are distributed to all those involved in making music via our parent companies PPL and PRS for Music. This means that those people who write, perform, compose, record or publish music are fairly paid for their work”.

After reading this, I clicked on ‘Frequently Asked Questions’ and ‘Who does the money go to’ isn’t listed, so I clicked on ‘Still have a question’ and that took me back to their landing page, therefore an endless loop. Brilliant! What are they hiding? So, I then tried clicking on ‘Contact us’ which re-loaded the landing page again, but scrolling right to the bottom revealed a ‘Get in touch’ button, which loads a contact form. I filled in my details and requested a list of payment recipients and clicked ‘SEND’ but had no confirmation that it had gone. I’m not holding my breath on that one! I’ll report back once (if) I receive a reply.

Look, don’t get me wrong, I don’t mind paying my dues and want to see artists get paid for their work. I’m just not happy with the way the fees are charged and collected. Who sets the tariffs? How are they regulated? Who gets the money? Who are TheMusicLicense accountable to? I think TheMusicLicense needs to be more open about its operations.

Many folk are bemoaning the demise of live music in pub venues, but those who put on events are being unfairly penalised. Small businesses are struggling on every front. Everybody wants a slice of the pie. It seems to me that TheMusicLicense wants a bigger bit than everybody else.

I may be wrong, but I’m glad I’ve got that off my chest. I’m going to chill now listening to some music in the privacy of my own home, PPL/PRS free (for now). Please let me know your thoughts in the comments below.

Disclaimer:
The above article is a personal opinion and not necessarily the view of BeerHeadZ Ltd.