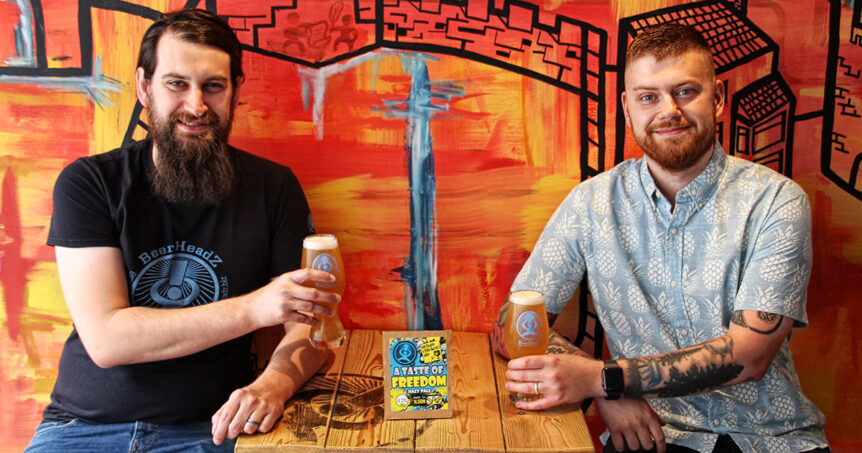 Following a recent competition BeerHeadZ Lincoln has revealed the name of its exclusive beer which will be brewed specially for the company by Derbyshire-based nano- brewery Urban Chicken Ale.

Beer lover Jordan Cooling from Lincoln came up with the quirky yet apt winning name for the exclusive beer, A Taste of Freedom.

Jordan said: “I chose the name ‘A Taste of Freedom’ after such a long time of being unable to simply enjoy a good proper pint in my favourite pub. When I had my first pint back in BeerHeadZ, my first thought was, it was the taste of freedom and a bit of normality. The name then stuck!

“I’m thrilled to have been chosen as the winner and I am hoping that when BeerHeadZ’ customers try it, they will agree with me. It is definitely A Taste of Freedom!”

As well as having his name associated with the beer, Jordan will receive vouchers for a gallon of the commissioned cask beer (and the same for a friend) when it is released on Friday 2nd July. It will be served in the BeerHeadZ pub in Eastgate, Lincoln for a limited time in both cask and cans.

Jordan will also receive BeerHeadZ prizes including a curated box of craft beer.

Jon Kempton, Bar Manager at BeerHeadZ, said: “We were delighted by both the quality and quantity of entries. Clearly, this competition really caught everyone’s imagination, and we thank them for their contributions, which included several inevitable chicken-related names, most of which we are unfortunately unable to publish!

“After much deliberation the three judges settled on A Taste of Freedom, which we felt best satisfied the criteria that the name should ‘celebrate the re-opening’ and be both ‘memorable and amusing’.”

For further information regarding BeerHeadZ’ range of new and exciting beers visit BeerZ.UK.