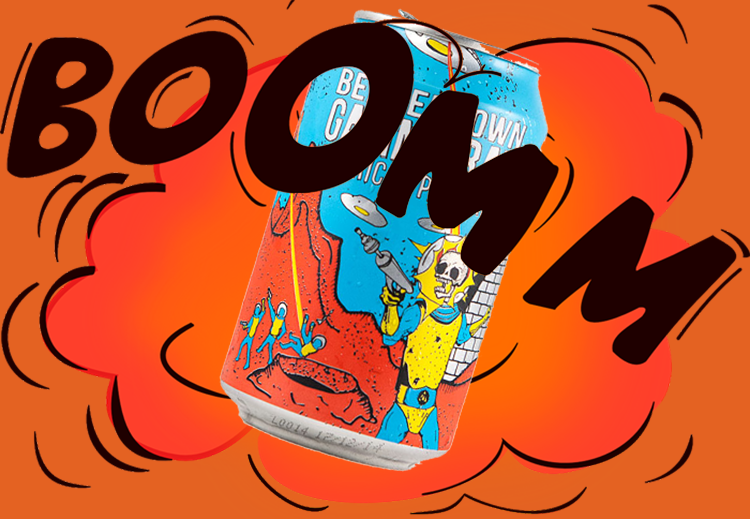 There has been much said in the past few weeks about the future of CAMRA, the Campaign for Real Ale. Once described as the ‘most successful consumer group in Europe’, it has achieved so much for the real ale drinker or, for that matter, any beer drinkers and general pub-goers, that it is hard to imagine what the beer and pub scene in Britain would be today if CAMRA had never formed. With a membership approaching 200,000 – and that fact alone is impressive – CAMRA still hold enormous clout. But with Real Ale ‘saved’, where do they channel their efforts now?

For this reason, CAMRA have announced their ‘Revitalisation Project’ – a year-long consultation of its members on what CAMRA’s new direction should be. And therein lies the problem. With the rise of ‘Craft’ beer – love it or hate it, it’s here to stay – a whole new beer culture has risen metorically in just three or four years. This new culture doesn’t include many CAMRA members. Craft culture is full of younger drinkers: students and male hipsters sporting fab facial hair. It’s alive and buzzing and is the exact opposite of what CAMRA are, or is conceived to be.

Go to, for example, a BrewDog AGM and everyone is pumped. Mainly younger people are happy and smiling. They call themselves ‘punks’ and feel part of a rebel movement. As well as business they go to listen to bands such as the U.K. Subs whilst drinking great beer. Go to a CAMRA AGM and people are much older. They walk around with rucksacks and seem like they are going through the motions. They sit through hours of boring business trying to keep chins off chests. It’s tediously dull and has been for years. The number of people under 26 could probably counted on one hand. Or less.

Ironically, although the fight for real ale may be won, craft beer may be the biggest threat to its survival since the first generation keg beers of the 60’s and 70’s, the very reason CAMRA was formed in the first place. So what next? I find it hard to see how CAMRA can come through this.

The Revitalisation Project will hold around 50 meetings or ‘consultations’ around the country over the coming months. The man put in charge of the ‘Project’ is Michael Hardman, one of the four people who founded CAMRA back in 1971. A very nice man but he is, quite literally, one of the oldest and longest-serving members of the organisation. Who will attend these regional Revitalisation meetings? Well, I visited the one in Nottingham and it was well organised and raised some interesting issues. But it was attended by the hard-core die-hard members that could be arsed to go, average age at a guess: 50. One of the questions raised was ‘should we support craft beer’ and a response was ‘over my dead body’. Oh dear. With such attitudes, I am afraid CAMRA will not be able to adapt and will go the way of the dinosaurs under the shockwave of a giant craft beer meteor strike.

I don’t know the solution. CAMRA must become attractive to younger people. Their current membership will be all but expired within 20 years if they don’t recruit young members. The existing membership must realise that the beer world has changed to the good and must accept and embrace change by supporting all GOOD beer. After all, CAMRA produce the Good Beer Guide.

Let’s champion all good beer and keep the pubs open. Without them we will be left with nowhere to enjoy them. I have personally been a CAMRA member for about 30 years, seen and helped the Campaign achieve so many targets. Don’t let them die out. Widening CAMRA’s remit may get younger people on board and enable them to campaign for all pub-goers for the next 40 years.

In short, the Campaign for Real Ale MUST change or they will not survive. I hope they do.