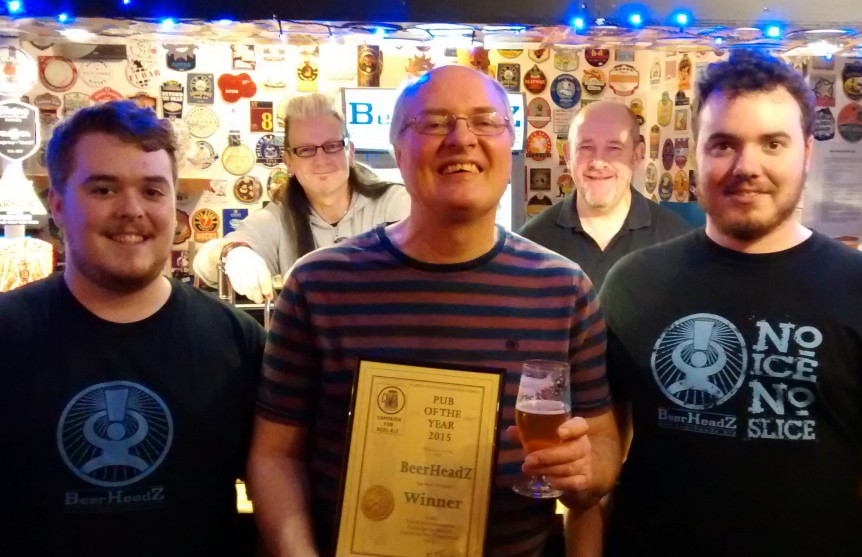 BeerHeadZ Retford have won the title of North Notts CAMRA Pub of the Year 2015 in its first year of opening.

The certificate was presented on 21st March by Steve Bownes of N. Notts CAMRA, who commented that it was a remarkable achievement to win both two Pub of the Season awards then POTY in the same year. We are delighted to accept the award and put it down to the hard work of our Retford team and, of course, our customer’s support.

Wish us luck, and thanks for your continued support.