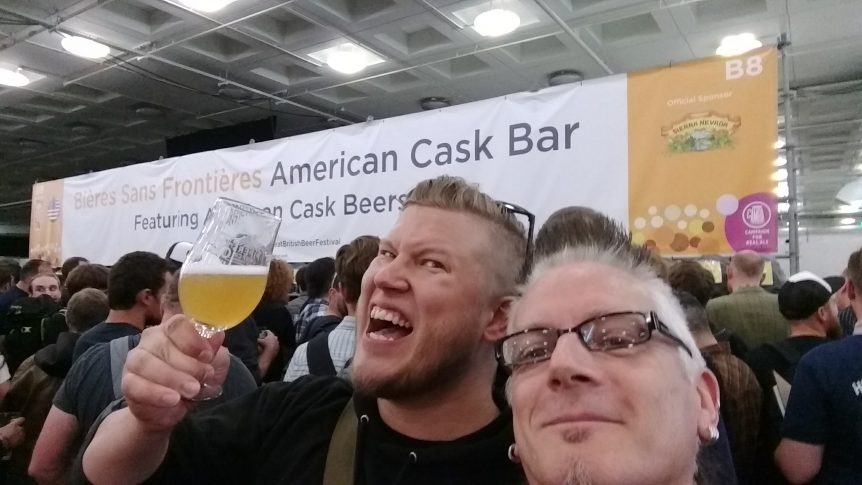 Well, the curtain closes on another hugely successful Great British Beer Festival, which ended yesterday. But whilst I enjoyed it and think it’s an incredibly well-run event and one that CAMRA should justifiably be proud of, I can’t help thinking that it’s not what it should be. Sure, there were 900-odd beers showcased. Sure, the beer (certainly the ones I sampled) was in top nick, but there is something big missing.

GBBF, as CAMRA’s showcase event, should be highlighting the very best of the British beer industry. They should be presenting the pioneering breweries that are producing fantastic beers using cutting-edge techniques to brew exciting and innovative, world-class beers.  These breweries were almost totally absent (with less than a handful of exceptions – Tiny Rebel and Vocation to name a couple) and the beer choice was, in the main (and it’s only my opinion), dull, safe and just uninspiring.

To illustrate my point, the American cask ale bar didn’t open until 3pm during the trade session on the first day. At 2.30, the queues started forming and once service started at 3, the queue was seven or eight deep at the bar (yes, I did count – it took me 26 minutes to get served with my 1/3rd pint of Hardywood – Tropication 7.7% IPA, which cost me £2.40). Was it worth the wait? Yes. Was it worth the dosh? Debatable. But what I did get was a fabulous, flavoursome beer that I wanted to savour and then queue up for more of.

Why weren’t the British equivalents of the excellent American beers being showcased at CAMRA’s premier event? Nowhere to be seen! The demand for them is evident by the queues at the American stand.

Champion Beer of Britain was announced mid-afternoon as Church End – Goat’s Milk. Nice to see such a small brewery take the award, and it was a pleasant enough beer, but the best in Britain? Gimme a break! I don’t know what the ordering policy is at the GBBF but they seriously have to review it and, if necessary, change the rules to allow the new, exciting and innovative breweries in.

Will I be attending GBBF next year? Probably. Will it have changed? I very much doubt it, but we can hope.